NMN (β-Nicotinamide Mononucleotide), is a derivative of vitamin B3 (nicotinamide), the molecular weight is 334.221 g/mol. NMN has two isomers: α and β isomer, only β-NMN was occurred in nature, with the biological activities [1]. NMN itself is a naturally occurring species in humans and organisms. Natural NMN can be obtained from a variety of foods, and the content of NMN in some common foods are shown in the figure below. Due to the low content in food, it is difficult for humans to completely meet their needs for NMN through diet [2]. 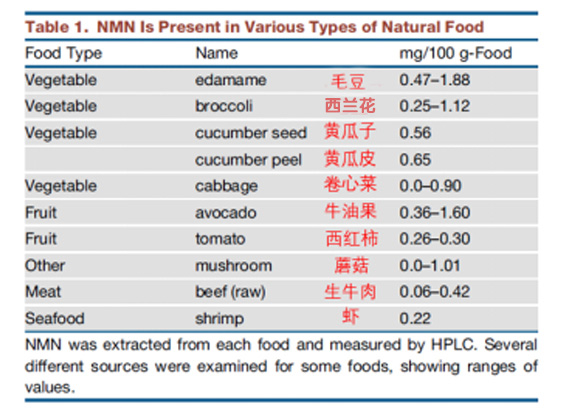 NAD+ in human bodies decrease by half in 20 years, and the decrease of NAD during aging is considered to be a major reason of diseases and disabilities, such as hearing and vision loss, cognitive and motor dysfunction, immune deficiency, arthritis, metabolic disorders and cardiovascular diseases caused by dysregulated autoimmune inflammatory response[3]. As getting older, the decrease of NAD+ level leads to the decrease of DNA repair ability and accumulation of DNA damage, which promotes the aging process. 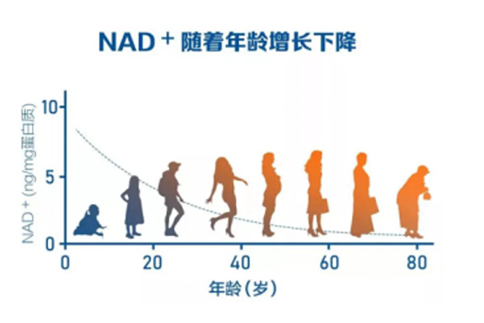 There are two main functions of NAD+ in human bodies. The first function is act as a coenzyme, which participates in various of biochemical reactions in cells and promotes energy metabolism (such as the oxidation of glucose, fat and amino acids). NAD+ and NADH REDOX pairs are key factors in a variety of electron-exchange-dependent biochemical reactions, especially in REDOX reactions involving redoxase-mediated hydride transfer. In these reactions, NAD+ is the electron acceptor and NADH is the electron donor. Many reactions requiring NAD(H) as a coenzyme are related to catabolism and the acquisition of metabolic energy, including alcohol metabolism, glycolysis, pyruvate oxidation decarboxylation to acetyl coenzyme A, β oxidation of fatty acid, tricarboxylic acid cycle, etc. 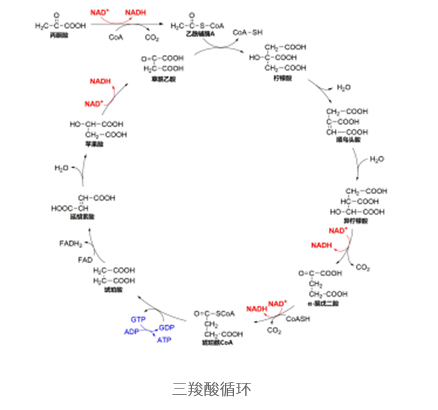 Apart from being a coenzyme in the reduction reactions, NAD+ can also act as a co-substrate of some non-redox reactions, that is, as a co-substrate of the sirtuins family of deacetylases, which can effectively coordinate mitochondrial function, metabolism and aging. Since then, researchers have recognized other important NAD+ consumption enzymes, such as cyclic diphosphate ribose (CADPR) synthase (including CD38 and CD157) and polydiphosphate ribose polymerase (PARP) protein families, as well as SARM1 in neurons. Researches from Dr. David Sinclair and his team have shown that the declining in NAD+ levels is caused by the protease CD38, which acts like a scissors to shred NAD+ molecules. The expression and bioactivity of CD38 gradually increased with aging, and might be several times higher in some tissues and cells [4]. 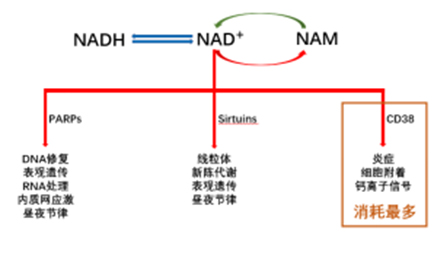 The molecular size of NAD+ is too large to be directly absorbed by the human body. Directly oral ingestion of NAD+ would undergo hydrolysis in the small intestine. In theory, there is another way to supplement NAD+, by finding a method to supplement some species so that NAD+ could be synthesized in human body. There are three pathways for the synthesis of NAD+ in humans: the Preiss-Handler pathway, the de novo pathway and the salvage pathway. Although all three pathways can synthesize NAD+, they have different priorities. Among them, Preiss-Handler pathway and the de novo pathway only provide 15% of the total NAD+ in human body, and the remaining 85% of NAD+ was synthesized through salvage pathway. In other words, the salvage pathway is the key to human body to supplement NAD+ [5]. 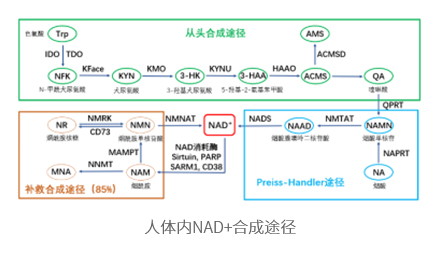 As three precursors of NAD+, nicotinamide (NAM), NMN and nicotinamide ribose (NR) could synthesize NAD+ through the salvage pathway, so these three substances have become the choices for human body to supplement NAD +.

Recently, NAM is mainly used in cosmetics in whiten purpose. Excess amount of NAM may cause skin fever, redness and pruritus. In addition, Transformation of NAM into NAD+ was also limited by the NAMPT limiting enzyme, which resulted in a poor efficiency [6].

Although NR itself has no side effects, but most of them could not converted into NMN directly. Instead, NR was firstly digested to form NAM, then participated in the synthesis of NMN, which still cannot avoid the limitation of the rate limiting enzyme. Therefore, Oral supplement of NR to increase NAD+ is also restricted [7].

As a precursor of NAD+, NMN could avoid the restriction of the rate-limiting enzyme. The absorption of NMN in human body was rapidly, and it could convert to NAD+ directly. Therefore, NMN can be used as the most direct and rapid method to supplement NAD+.

Fermentation method: The product of this method is mainly represented by Shinkowa from Japan. The high technical barriers and the low product yield leads to an expensive price of the product. 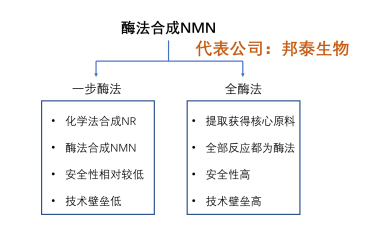 Full enzymatic method is a common production method of NMN at present, with high technical barriers. Several key catalytic enzymes are expensive, accounting for about 80% of the cost in the whole production process, but this method is the safest and most efficient way. NMN produced by the full enzymatic method is superior to other production methods in terms of product purity, safety and stability, and it is the first choice of the major manufacturers in the market. 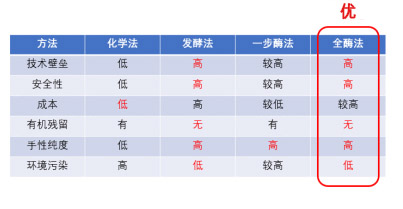