On March 22,  2018, an NMN research paper entitled” Impairment of an Endothelial NAD+-H2S Signaling Network Is a Reversible Cause of Vascular Aging” was published in the authoritative academic journal Cell . This is a masterpiece of David Sinclair and his team. The research results have been cited 134 times so far, which is of great significance for later clinical research.

In 2013, the David Sinclair team of Harvard Medical School found that NMN can extend the lifespan of experimental mammals similar to humans by more than 30%. In the following years, David Sinclair's team carried out more in-depth and comprehensive research on NMN, and published nearly 30 papers in Cell, gradually uncovering the function of NMN and the mechanism of inhibiting aging. 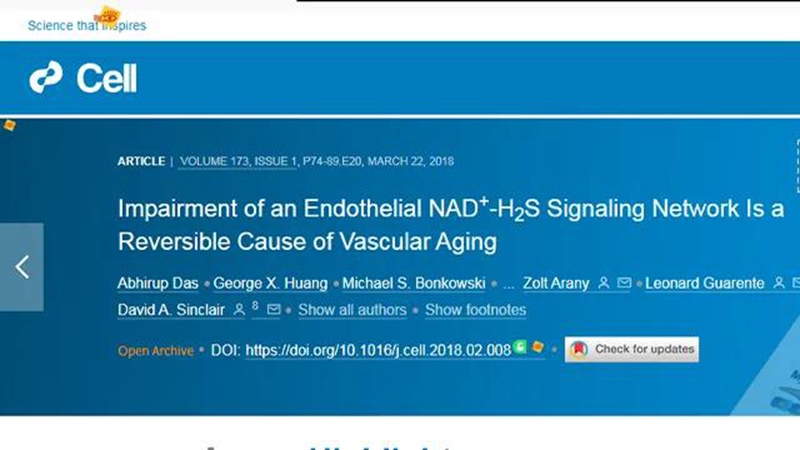 In many years of research, Bontac has reached in-depth cooperation with David Sinclair and his team to provide high-quality NMN raw materials to the laboratory and title this research project. 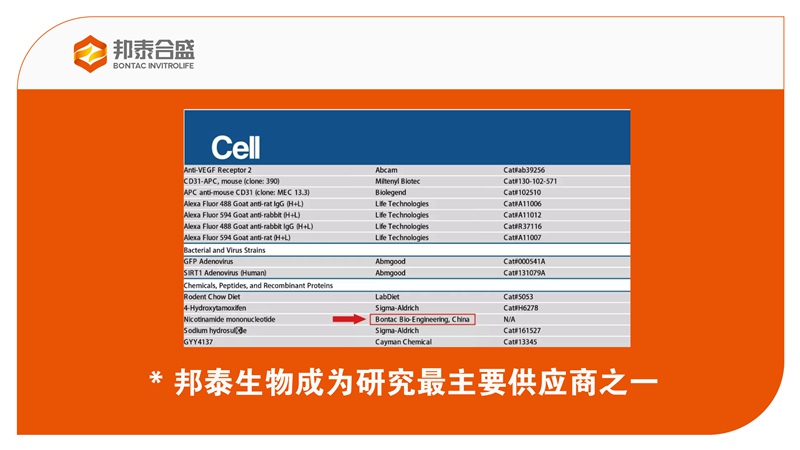 With age, the capillaries gradually shrink and disappear. The skin is dull, the body function declines, and various diseases occur until death. To test the possibility of activating longevity protein Sirtuin family signals through NAD+ precursors to promote cardiovascular production. David Sinclair's team used high-quality, high-purity NMN to treat mice. By promoting the increase in SIRT1-dependent capillary density, improving blood flow and endurance in aged mice, and increasing the level of hydrogen sulfide (H2S) will also enhance this effect.

These studies are of great significance for improving blood flow to organs and tissues, improving human performance, and rebuilding the virtuous circle of mobility in the elderly. 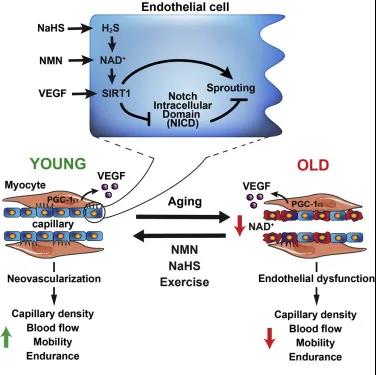 Before the endurance test, the mice were first domesticated so that they could run on a treadmill like athletes. Mainly run at a speed of 10-15 m/min for 20 minutes to allow the mice to adapt to the treadmill system for 3 days.

It's like a rally, strong enough to run to the end. Sure enough, the mice treated with NMN ran longer. Later, more than 30 kinds of scientific experiments and measurements (including blood flow of ischemic limbs, skeletal muscle cell count, etc.) were used to obtain exciting results. 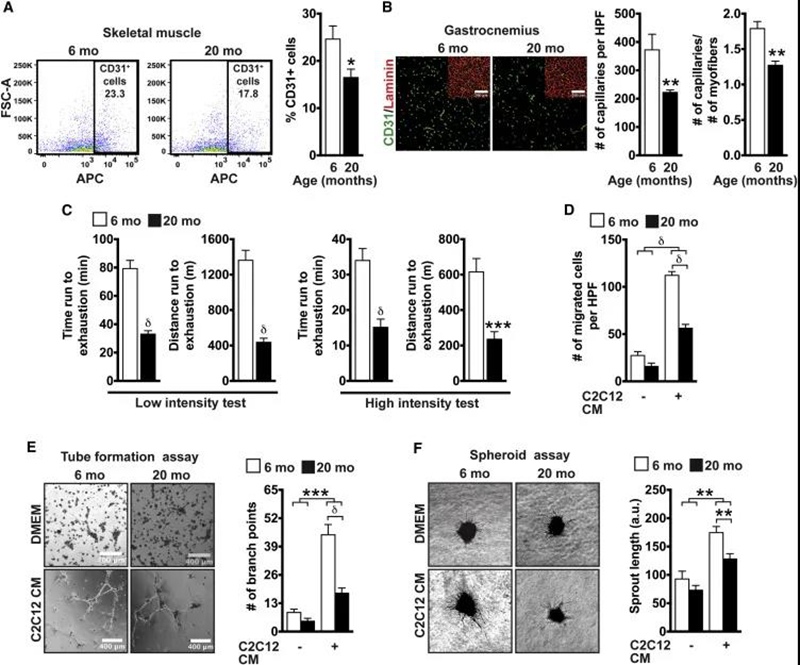 Capillaries have a direct and close relationship with SIRT1 signal. Regardless of the age, the lack of SIRT1 signal will affect the growth of capillaries. Even if you exercise very hard, it is difficult to stimulate blood to reach every corner of every skeletal muscle of your body. From this experiment, we can learn that supplementation with NAD+ precursor NMN can effectively stimulate SIRT1 activity, thereby reversing the growth of blood vessels in mice and improving the endurance of mouse skeletal muscles. In addition, we can also pay attention to the effect of exogenous hydrogen sulfide to enhance NMN. 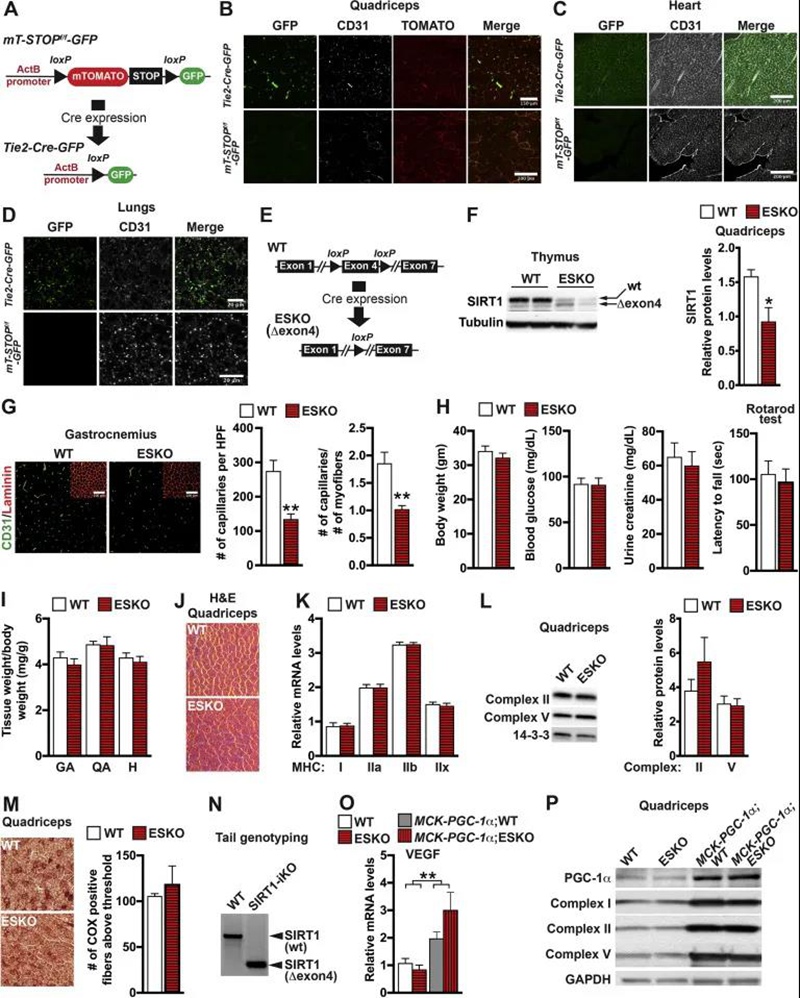 Several years have passed since this research by David Sinclair and his team. This result has opened the imagination of countless anti-aging scientists, and more and more experiments have been carried out around this result, step by step strengthening people's confidence in NMN. Today, David Sinclair is more than 50 years old, but his biological signs are more like 40 years old. David Sinclair once told the media that he firmly believes that "aging is a disease that can be cured, and one can live to be 150 years old." 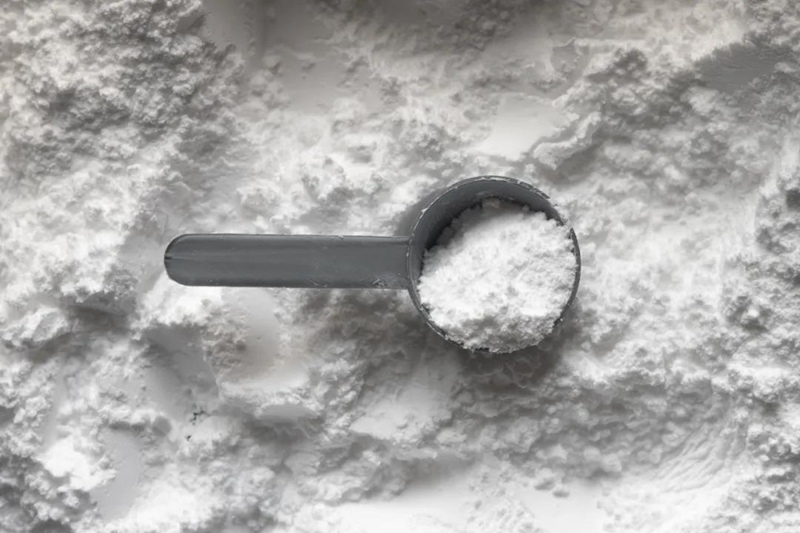 There is no end to collaboration with top-tier research teams such as David Sinclair. Bontac has not forgotten its original intention, always regards high-quality NMN as the "lifeline" of enterprise development, and constantly innovates to improve the quality of NMN raw materials. Allow laboratories to grasp more accurate test data and promote the efficient development of anti-aging scientific research.

Seeking truth and being pragmatic, scientifically rigorous. Bontac is more enthusiastic about adhering to the spirit of the scientific community, working hard and working hand in hand on the road of anti-aging career.