Bontac, a Chinese Biotech company, has recently fulfilled the mass production of liposome-encapsulated NMN. Bontac is a professional bio company specializing in researching and developing coenzymes (NMNH, NMN, NAD, NADH, NADP, NADPH, etc.), with an annual output of 100 tons of coenzymes and has owned and applied for over 160 patents.

Nowadays, using NMN to boost NAD+ levels for anti-aging purposes is no longer an industry secret; the key point is how to solve the absorbing problem. Most of the NMN on the market are capsules and tablets. NMN is easily degraded after reaching a certain height of moisture and temperature. After taking NMN capsules or tablets, only a tiny part of the NMN reaches the small intestine, half the effort. Liposome-encapsulated NMN can bypass the digestive system and reach its target. 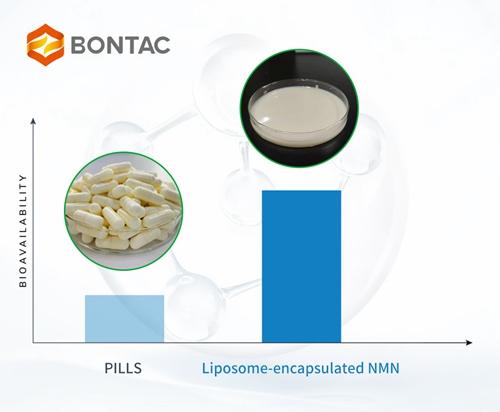 l What is liposome

Liposome spherical "vesicles" can encapsulate nutritional supplements such as NMN. And phospholipid molecules consist of a hydrophilic phosphate head and two hydrophobic fatty acid tails, making liposomes a carrier for hydrophobic and hydrophilic compounds, forming a bilayer membrane. When Liposome NMN is internalized into cells, NMN can be released.

The traditional NMN form is of low absorption rate and bioavailability. The active ingredient loses most potency as it passes through the gastrointestinal tract and is not absorbed by the small intestine, so it can not enter the bloodstream through the mucous membranes and intestinal epithelial cells.

NMN combined with liposomes is more conducive to NMN delivery, and the bioavailability is greatly improved. Unlike all other NMN form delivery methods, liposomal NMN has a delayed-release function, which increases the circulation time of key nutrients in the blood and significantly improves bioavailability. The higher the bioavailability of an active substance, the greater its effect on the body.

Phospholipids exist in cell membranes throughout the body; naturally, the body recognizes them as compatible with the body and does not see them as "toxic" or "foreign." Therefore, neither makes liposomal NMN immune attacks.

Liposomes have been shown to cross the blood-brain barrier, enabling liposomes to deposit NMN directly into cells and enhance the circulation of nutrients through the lymphatic system. 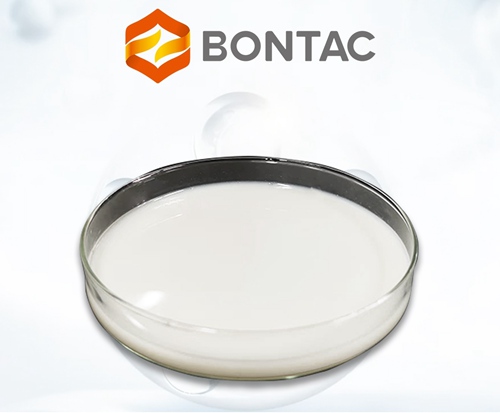